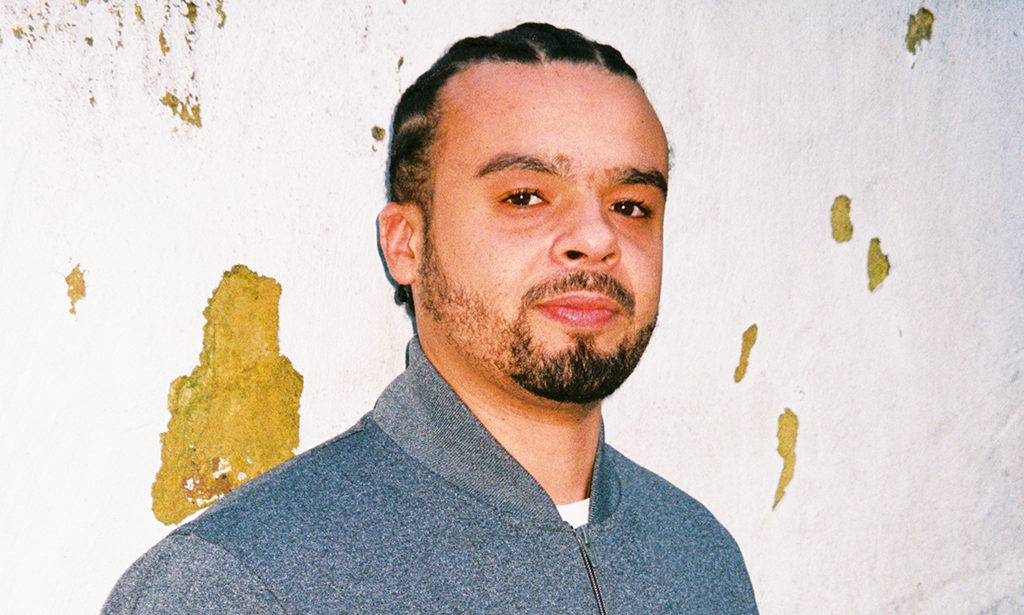 Continuing our Game Changers series, we have the influential Brighton artist Mrisi.

Mrisi spoke to us for an in-depth interview, touching on growing up Black in Brighton, musical influences and access to music for young people. The multi-faceted artist has recently set-up his own studio, while continuing to create with fellow musicians from Brighton and beyond.

First things first, introduce yourself in your own words…

Tell us about your experience growing up in Brighton?

It was a good place to grow up in a lot of senses, creatively it’s great. It’s a safe city, there’s a lot going on for young people and always has been. In terms of my experience being Black in Brighton, it was hard at times because I was one of not many Black people. In my age group, at the primary school I went to, I was one of two mixed-race kids in my class and then in secondary school, in my whole year group there were four mixed-race boys.

So that obviously has an effect. People would say things about my race growing up, I had verbal abuse and attacks on the street. But I think the worst kind of racism is institutional and not feeling that people understood me within the education system. That was a problem, but I learnt to deal with it. I learnt to move in this ‘Brighton kind of terrain’.

For my generation and my group of friends, we had a group of mixed ethnicities that came together at around 14 and 15 years of age – AudioActive played a big part of that – we used to get together at basketball as well. We were a tight group. Black kids, Arab kids, Asian kids, white kids a mix of young people that were friends, that was cool.

Last year you released the track West Baby, which is explicitly about your heritage. How does your background influence your art?

I think it’s always had an influence on my music. My Dad is a musician, my Mum is a poet, so that plays a big part. Speaking of role models again, a lot of the people I look up to are Black musicians, so that’s part of what made me want to do this as a career.

Even the fact I wanted to do music was down to seeing the representation of Black people in music. I could see people on TV that look like me so, even in a city full of white people, I saw guys like me with the same hairstyle as me, which makes you realise you can do it.

In my sound, I always wanted to mix the South African sounds with a more hip-hop one, but it’s only recently I think that I’ve proper found that sound and feel comfortable with it. My next release is a big nod to heritage, it’s called Venda which is my Grandad’s tribe, so my heritage definitely informs my music a lot. I learnt a lot about music through reggae and a lot of reggae is about roots, so that knowledge of self element has an influence too.

Give us a song that has inspired you…

Peter Tosh has a great song, African. “If you’re a Black man you are an African.”

He lists all these countries and says basically, wherever you are, if you’re Black you’re African. I think that’s important, even in a time where so much light is put on Black history and Black issues, there is a lot of self-hate in the Black community. There are people that don’t even associate themselves as being Black, associating more with the culture of the part of the world that they are in. Part of me shouting out about my heritage is trying to make people proud to reclaim their identity, that’s not just important for Black people but for others who can relate to that.

What projects do you have going on at the moment?

My own studio, MMW Studios. I’ve always worked with a lot of other artists and shared a studio, even at my Mum’s house back in the day. It’s been a natural progression and in terms of renting the space, everyone is welcome. I love the togetherness that music brings. I love working with artists, especially when they come up with an idea and we work with that here.

I’ve got lots of music. A collation of tracks that are traditional stuff. Some jazz numbers, some blues numbers, hip-hop. I’m collaborating with loads of artists and producers too both as an artist and a producer. I’ve also been writing with the band, too.

There are so many people.

MOSAIC is great for a great organisation for children. Nexus is an amazing arts organisation ran by Jenni Lewin-Turner They’re doing great stuff with Black people not only in Brighton but also in the diaspora, Barbados, South Africa. There is the BME heritage network.

There’s also the Writing Our Legacy that do work around Black poetry, artistry and writing.  BMEYPP is a great organisation. Bobby’s doing great things behind the scenes for the Black community and I’ve got to shout out Wayne from Afro Hair Academy. He opened the first black barbers in Brighton.

I think now, with funding cuts and the way the Black youth in Brighton are so scattered, they are hard to reach. When I was younger, the Black community was always closely knit. I think now because more Black people are arriving as students, they are not necessarily connected to the existing Black community, which can make getting people to these services harder, since they don’t know they’re happening.